The Daily Beast admits that gun control is a dog-whistle!

So they're talking about the racist roots of gun control in the US?

Or maybe that gun control still is used in a racist context?
(Take the objections to Voter ID and see how well they remap to UBCs)

Oh, well surely they're admiring that gun control and "common sense laws" are really code words for bans and confiscation.

No, this article is all about how Gun Control just needs a new name!

Really the central thesis of this article is:  "Too many people think Gun Control is a dog whistle  for 'Gun bans and Confiscation', clearly the solution is to change the label used to advocate for Gun Control."


Heck the phrase "Gun Control" /itself/  was taken because the advocacy groups didn't want to have "ban" in the title.

Remember the National Coalition to Ban Handguns?
Or by its current name "Collation to Stop Gun Violence"

Or how about the national Council to Control Handguns?
I mean they change their name to the Brady Campaign to Prevent Gun Violence.

Which is totally different from "Gun Violence Prevention"


But the article has more to it than that.

1) The article is rampantly insulting to gun owners. Using terms like hoarders, fragile, paranoid, irrational, frenzied, and "holed up in their basement".

2) And the article laughs of the idea that Obama wants to ban guns and that any such fears are irrational.  Except... the president advocated and lobbied for a law that would ban the most popular rifle in America.  And he pushed hard when the bill doing just so came up in congress.  He also endorsed states that passed such bans while he was in office.  Hillary Clinton has also been a long time supporter of such a ban as well.

3)  And going beyond bans, both Mr. Obama and Mrs. Clinton have spoke approvingly of laws such as Australia's that confiscated millions of guns.

4) Which leaves two options for the writer of the article, Donna Dees,  a)  Dess is massively ignorant of the very subject she is giving advice on national policy.  Or b) Dees is lying about the intentions of prominent gun control advocates.

5)  Taking in  1-4  why on earth would a gun owner be persuaded by the replacement of the term  "Gun Control"  with "Gun Violence Prevention"?"

6) There's also that Dees is ostensibly saying this term change is required to better sooth the fears of gun owners.  But given the conclusion in 5 and the vitriol she uses in 1...  does that make any sense?

7)  Thus is Dees actually considering this change in labels to better convince people who aren't /gun nuts/?   Though that would imply that gun control has become an unpopular term to the public at large.  Something Dees studiously, perhaps tellingly,  shies from.

8)  Amusingly this article is actually behind the times.  Since trying to replace "Gun Control" with "Gun Violence Prevention" has already been tried and now the new buzzword is "Gun Safety".  Heck the Brady Campaign changed their name to almost the exact same phrase in 2001.

9)  For all the talk about how to label things... the article has a compel lacking of any proposed solutions.   Which perhaps might be because the writer has boxed herself.  If the article talks about how great bans and confiscations are, that means those gun owners are right to be concerned.  If the article talks about how great Universal Background Checks are,  the cited examples of death and destruction can be readily countered by pointing out that in the vast majority of the cases background checks /were/ conducted.

10)  Thus the article reads less like an explanation on how to save lives, and more a media trade journal on how to better market gun control.

11) It's noteworthy that an article that talks about dog-whistles, specifically about how they're used in racist contexts and gun control, doesn't mention for once the racist history of gun control.  Or that there are dog whistles still in use.  How many politicians put gun control under "urban policy"?  Or the old dog whistle of "Oh well urban areas need different laws than rural areas."

If your cause is so righteous...

Why do you have to lie?

And if you really care about your cause then why do you have to lie so badly.

So part of the Gun Control Movement has been trying to make the claim that the NRA is really all about gun free zones.  How you ask? 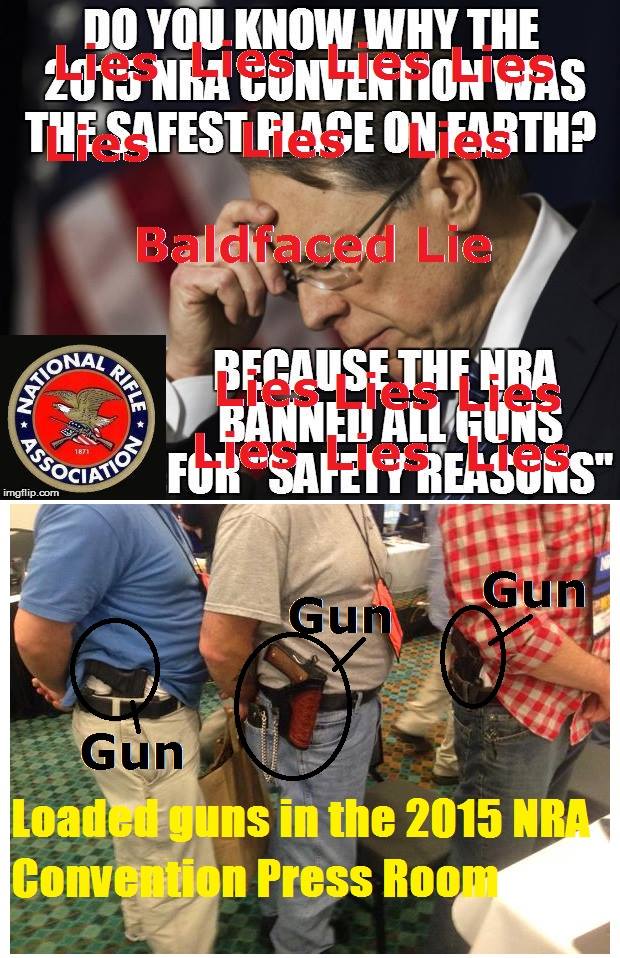 Yup... stating that the NRA bans guns on their convention floors.

Now Erin is starting a neat trend of if one can ID a gunny by their convention carry rig.

Well let's see if that works. 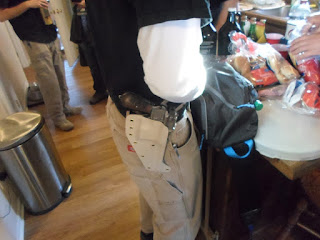 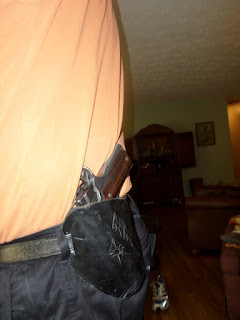 Let's see if one can guess who is wearing that fancy race-gun rig.
And who has their classic 1911 on.
Posted by The Jack at 1:55 PM 1 comment: